Hello Guys, I successfully installed the Dolibarr version 12 and it is Running, Under PHP 7.4.7 and MySQL 8.0.20. I would say Thanks to the Programmer. But I face a little issue here 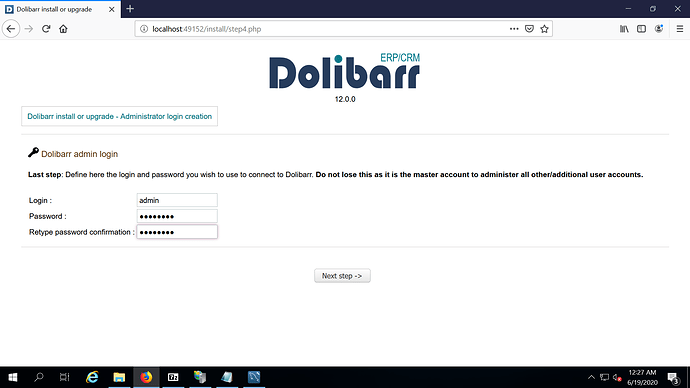 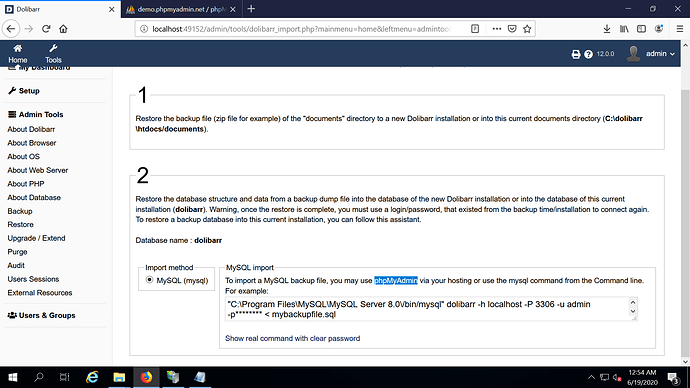 What I want to not to setup again, because I previously created those data from the Previous group of companies and I want to restore the backup But the restore and backup is not the same anymore in Dolibarr Version 12. It says about I need external restorer. Like MyAdminPHP or use a comman prompt and run that command.

If someone there who has knowledge about his? 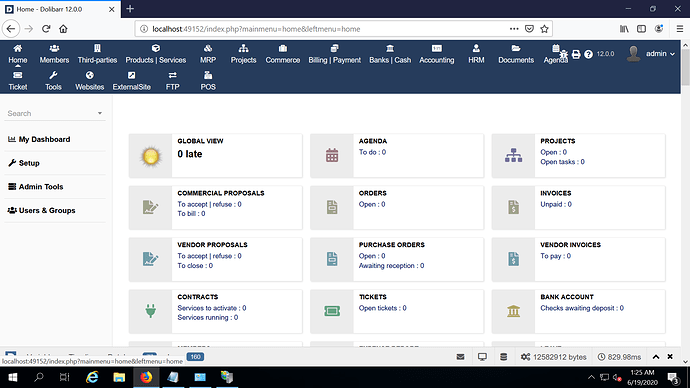 I have to say, Thank you to the Programmer and to the Management of the Dolibarr, It is really nice the Partial Released Version 12. I have only notice the backup and Restore.

Assuming that you are using Linux, I never gone to Linux So Far, Linux tedious. Some people use it though, Thank you