Who Works On The Dolibarr Project? 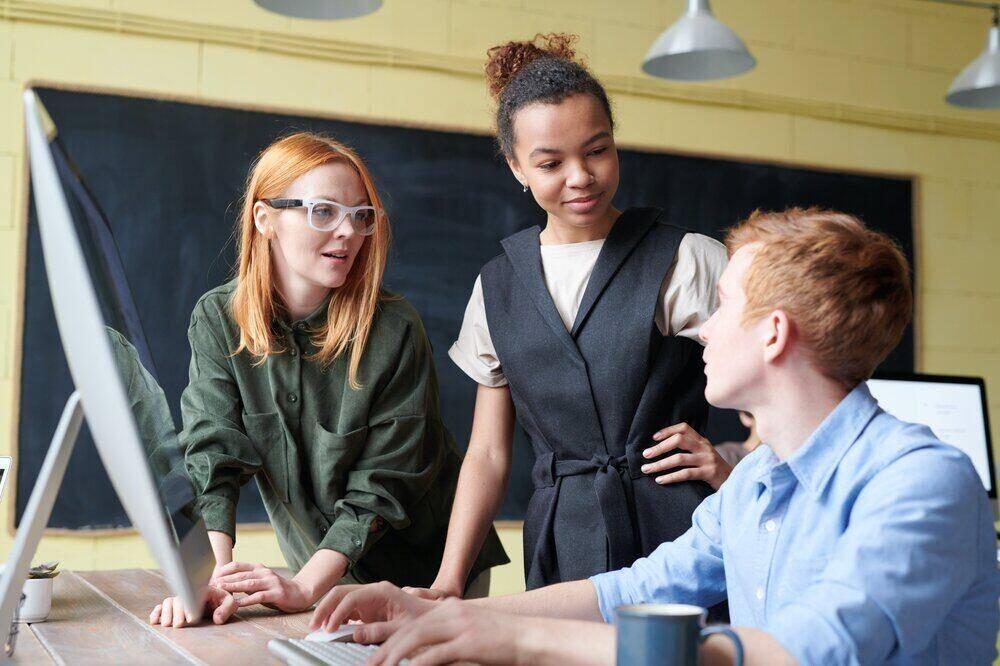 There are many misconceptions that people have about open-source projects. For example, they might think the project is understaffed and they may worry about its quality. This could not be further from the truth, particularly in the case of Dolibarr. At Dolibarr, there is a skilled group of people who each fill different roles to ensure that everything is running smoothly and you get the best CRM and ERP possible.

Open source projects are often, in fact, very reliable. These projects have passionate people who are willing to work and always go the extra mile to ensure that their outputs are top quality. If you were bothered by the fact the Dolibarr’s ERP and CRM are open source, then you’ve come to the right place.

To put your mind at ease, in this article, we are going to tell you about all the roles that are filled at Dolibarr. This will show you that we have all the talent and skills we need to ensure that your ERP and CRM are up to scratch.

The World Of Dolibarr

We will get into the specific roles encompassed in the Dolibarr world soon. Before we do that though, let’s take a look at a quick overview of other aspects of the Dolibarr society.

Apart from the core roles, there are also helpers or sponsors of the project. These contributors help the organization in a variety of different ways, for example through adding code or by assisting financially. This group includes companies, foundations, and individuals. In fact, you can participate as an individual developer for the project if you’d like to! All you need to do is visit the Developer FAQ page.

Dolibarr, like any other organization, has developer roles and non-developer roles. One part of the non-development aspect of Dolibarr is its partners, providers, and volunteers too! Partners and providers come from all over the world. For example, we have partners in Morocco, the Netherlands, Pakistan, South Africa, The United Kingdom, The United States of America, and many more!

By taking a look at all of these - in addition to the core roles filled - and understanding the functions of each, you will have a better grasp of how Dolibarr, as a project, works.

Below you will find all the developer roles that are currently filled at Dolibarr. As you will see, the current team has exactly what they need to be successful!

Those who are well-versed in the common phrases used by developers will know that the project leader may also be referred to as the BDFL, or the Benevolent Dictator For Life (See wikipedia definition). While this is a term of endearment, it also is a good indication of the magnitude of responsibility that project leaders take on. The title of BDFL is usually given to open-source software development leaders. These leaders are usually the project founders (or historical leaders) and withhold the right to have the final say about decisions related to the software. For Dolibarr, this role is assumed by Laurent Destailleur.

The leader builds the team, creates the blueprint for the project, and thinks about the budget they have to work with. In addition, the leader is responsible for determining the scope, requirements, parameters, and targets for the project, and communicates this to the team so that everyone can be on the same page. Importantly, the leader also watches over the members of the team and assists them with any queries they may have.

This sounds like a lot of responsibility, but you need not fret. The project leader at Dolibarr is supported by two backup project leaders.

Release managers ensure that there are fewer quality problems with the software since they are releasing new versions of it. These professionals also have various other skills, including quality assurance, software development, and more. They are very valuable members of the team!

The main goal of those in this role is to develop, add, or validate and commit code to the GIT repository.

What is a pull request? Well, it essentially allows you to announce, to others, the changes that you have pushed onto GitHub. In other words, a pull request is a mechanism that a software developer can use to let others on the team know that a new feature is completed. So, when you create a new feature, you then file a pull request.

Thereafter, other members of the team will know that they need to review the code and add it to the master branch. As you can imagine, these are all big responsibilities.

There are quite a lot of people performing this role for Dolibarr! The main purpose of those in this role is to translate files and ensure that translations that have been done previously are correct.

Translations for Dolibarrs offerings are provided using transifex.com. All users registered as a translator are able to contribute to the translations that are required by Dolibarr. Currently, more than 1300 existing translators are assisting Dolibarr to get their project into 93 different languages (And you can also help to translate this web site too)

You may think that an organization that specializes in software only really hires people for software and tech-related roles. About that, you’d be quite wrong! Every organization needs non-developers, to help with other operations. In this section, we’ll tell you about some of the other roles being filled at Dolibarr.

The purpose of this role is to essentially ensure that the international foundation is managed and that Dolibarr is promoted.

For those who didn’t know, Dolibarr has a foundation that you can join. By subscribing as a member of the foundation, you can assist Dolibarr monetarily. This allows those working on the main project to continue to provide you with the best CRM and ERP software! Being a member also gives you a 20% discount on paid modules found on the DoliStore.

Those who fill this position ensure that Dolibarr has press releases and newsletters to send out when necessary. These communication documents are given to news sites, uploaded to forums, and are handed out to the press, for example. Other responsibilities of those in this role include writing articles on the Dolibarr websites, or moderating the Dolibarr forums.

Dolibarr also has individuals who test their products and software. In other words, these people try to use the current development version of Dolibarr’s software. Once they’ve done all the necessary tests, they report any problems they have found. This allows other members of the team, like software developers, to become aware of bugs that they can fix. Currently, in the Dolibarr universe, there are about 50 regular testers!

If you want to create a Dolibarr community in your country, you can ask us to use one of the registered domain names!

Can You Become Part Of The World Of Dolibarr?

If you buy a paid version of Dolibarr’s ERP and CRM or even use the free version, then you’re already part of the Dolibarr community! However, if you’d like to become an active member who contributes to the project, then you can do that too! After all, it is an open-source project, and contributions are what open-source is all about.

As we mentioned before, you can sign up to be a part of the developer team. As a member of the team, you can do many things, like help with bug fixes, submit code, assist with pull requests, and much more! We also already noted that you can be a translator on transifex.com.

If these do not interest you, then there are some other options too. For instance, you can become a member of the foundation, you can assist to complete documentation on wiki pages, or you can create a local Dolibarr community

Why Contribute To The World Of Dolibarr?

Participating in and contributing to open-source projects is more beneficial than you think. It helps both the project itself and it helps you too!

If you’re a user of the software, contributing to it will give you a deeper understanding of the project. As a result, you will be able to use it better and get more bang for your buck! You can also develop your skills, whether it be in software development or another area of focus.

Further, this allows you to build up your resume and also broaden your professional network. In the future, if you ever need a professional favor, you can contact one of your friends that you met through contributing to open-source projects!

What makes contributing to open-source projects even better is that the leaders of the project really appreciate your help and take note of all the work that you do. It can be quite rewarding and fulfilling to be part of an open-source project. 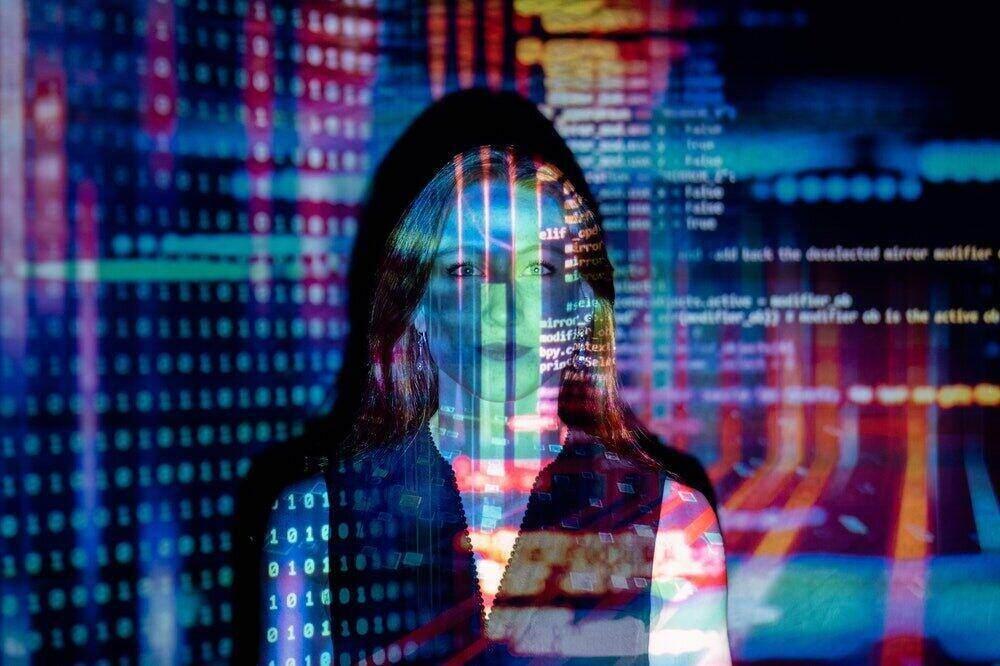 It is clear that Dolibarr encompasses a vast array of skillsets! Now you can see that all roles are adequately filled and you never have to worry about the quality of your ERP and CRM software. In fact, you can rest assured that it will be of the best quality because it is in good hands! If you’d like to make use of the ERP and CRM now that you know it’s trustworthy, then visit our website now!

In addition, if you’d like to contribute to the Dolibarr project, remember that there are quite a few ways to do so. You could volunteer, donate, become a member, or even do translations.


Dolibarr ERP and CRM is Open Source software. You can download, use and redistribute it at any time. Do you want to test the latest version of Dolibarr?